Starting January 15, 2021 we have started a 25% off sale on all Margaret O'Leary knitwear and sportswear, Indigenous Designs, and Kinross/Forte cashmere.  We have great styles to choose from, all seasons, and the 25% off is an additional discount off our already low prices.  Come in or call soon!

We also have a new local designer's hand knit ponchos and scarves, and our wonderful Julie Dillon children's sweaters hand knit in Ireland.

We hope everyone is healthy and staying safe.  Remember our hours now are Weds - Saturday, with some Sundays open as well.  Please call Maya at 505 603-2721 to check on Sunday, or to make an appointment.

Here are pictures of Pink Wheel, washable rayon dresses, skirts and tops made in California: 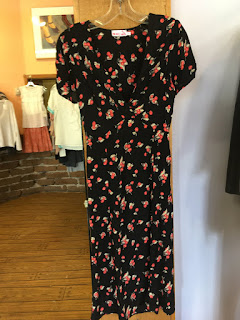 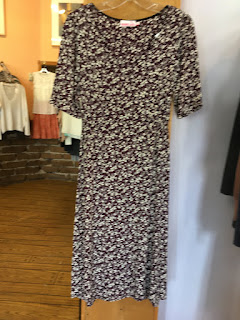 And our children's sweaters, hand knit in Ireland by Julie Dillon: 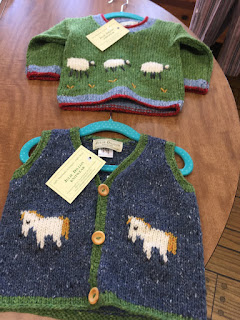 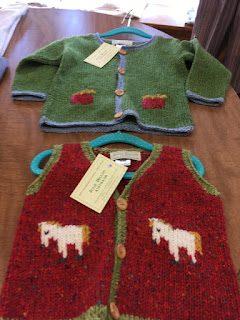 Thank you, and hope to see you soon at Crazy Fox
Posted by Crazy Fox at 7:08 AM 1 comment:

I'll be posting new pictures there as well as on this blog site, and updates on hours and more.
Posted by Crazy Fox at 9:53 AM No comments:

Crazy Fox is temporarily open now only Wednesday - Saturday, 11:00 - 4:00 or call 505 603-2721 for an appointment.  We have Margaret O'Leary's new Spring/Summer 2020 line at our usual great prices.  Coming soon is a California line called Pink Wheels with wonderful washable rayon dresses and skirts.  We'll post more pictures and let you know when we are back to regular business hours. 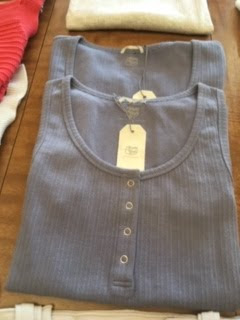 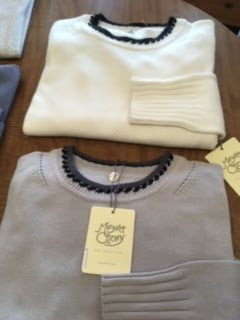 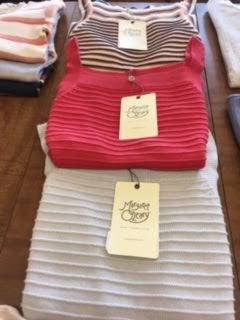 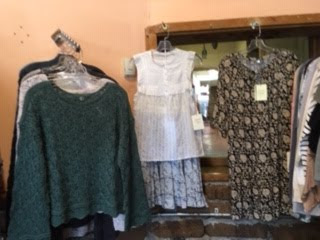 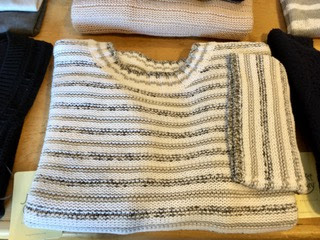 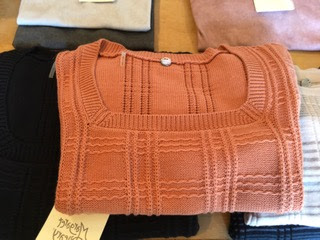 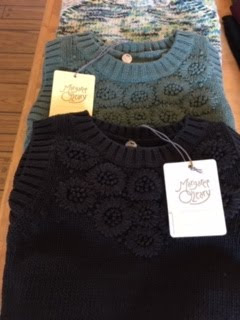 We will be posting more pictures soon.  Take care, and we hope to see you soon at Crazy Fox!
Posted by Crazy Fox at 2:25 PM No comments:

Margaret O'Leary with Maya and the staff of New York store. 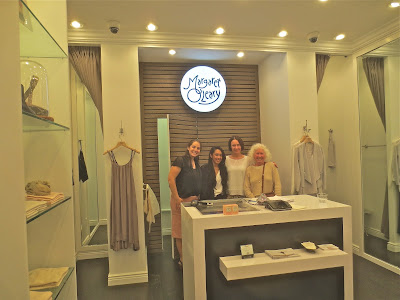 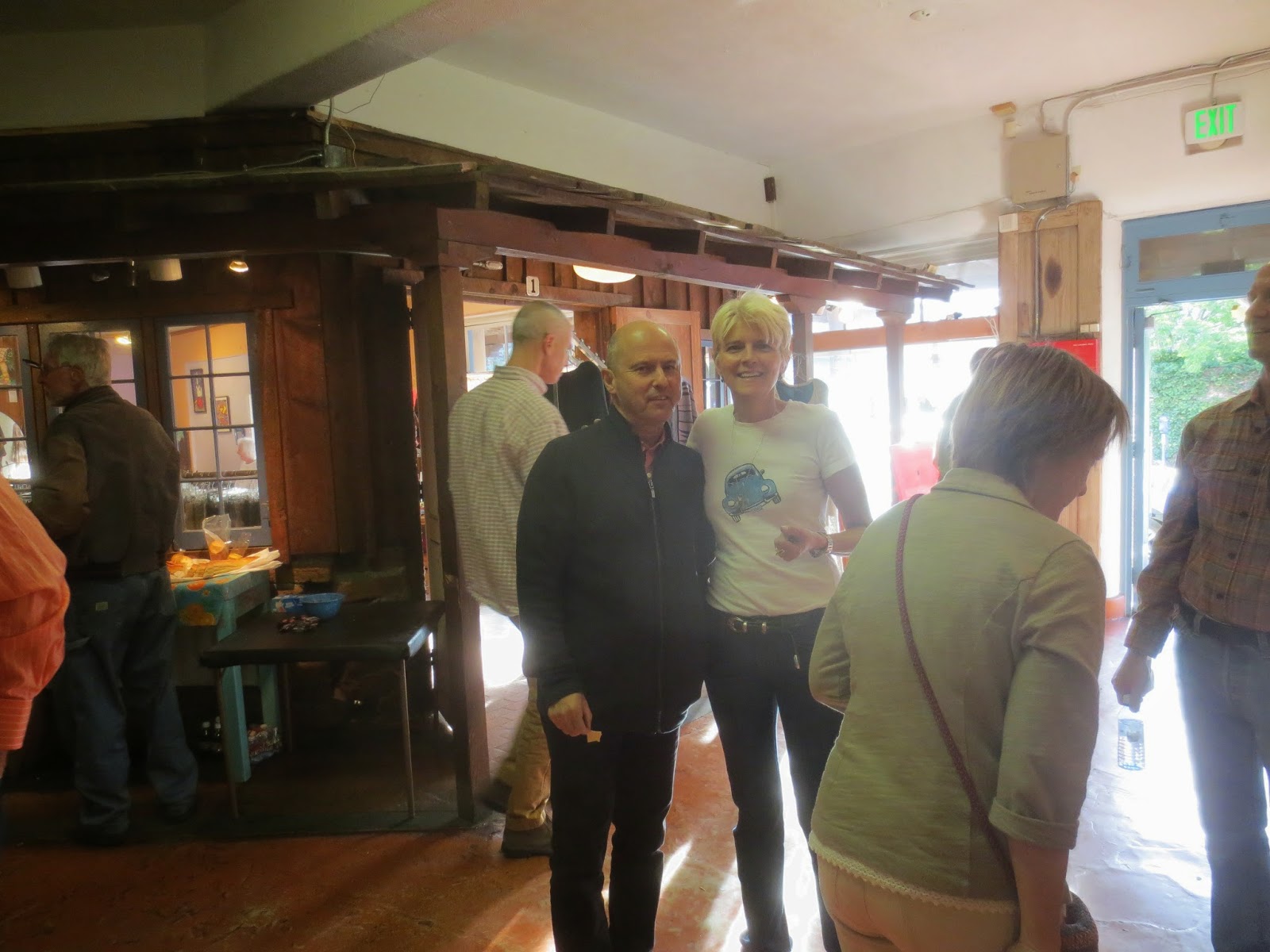 Crazy Fox is two people (or is it are two people?).  The official corporate name of this 'Mom and Pop' business is Blue Cove Inc. which stands for the two owners, Maya Blue and her husband Cove.  Cove likes to say "I'm Crazy ... she's the Fox." 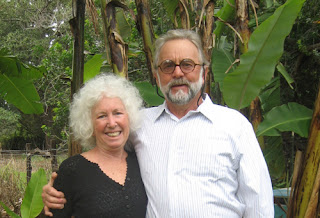 Maya and Cove met forty years ago on Haight Street in San Franciso and have been together ever since, most of that time working together in the 'schmatta' business.  At that time Cove was making marbleized fabric in Berkeley CA, as well as working doing continuous yardage silk screening in an old firehouse in west Oakland. Some of the fabric printing company's clients were young, up and coming designers like Betsy Johnson and a young fashion designer named Karen Alexander.  Karen also shared the old firehouse building with Cove's Firehouse Fabric Printers (screen printers).
Hand printed fabrics were wonderful but rather expensive to produce, especially for a small garment manufacturer.  So as our hand-made arty printing business declined, Karen Alexander's ready-to-wear clothing manufacturing business boomed.  Her first successful product was a very popular line of women's dresses called Foxy Lady.
With most manufacturing operations there is always some overage. In the garment business there is also the problem of what to do with the samples, returns, damages, refused shipments, previous season's overstock, and excess fabric, buttons, findings etc.  To make a long story short, Cove and Maya ended up acting as a jobber for the Foxy Lady line (Shady Grove Inc.) and selling the overstock at flea markets and swap meets all over the country. 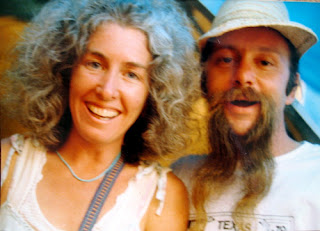 Maya Blue and Cove at the Common Market in Houston, Texas mid 1970s.
At different times during the 70s, Cove and Maya had a little store (Paradise Cove): ran trunk shows and sales; and travelled in their Volkswagen bus to flea markets.  As the 80s came along, it was time to move and leave the San Francisco Bay Area. But before leaving they had a brainstorming session with Maya's cousin "Flash" Gordon of the Haight-Asbury Free Clinic fame to determine a legit name for their women's clothing business. Since they were heading to Indian country (Santa Fe), it was Flash who put together the brand Foxy Lady and the phrase 'crazy like a fox' and ended up with the name "Crazy Fox." 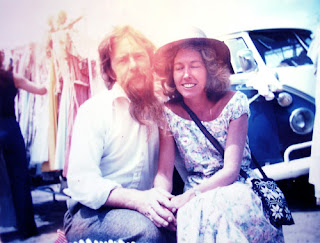